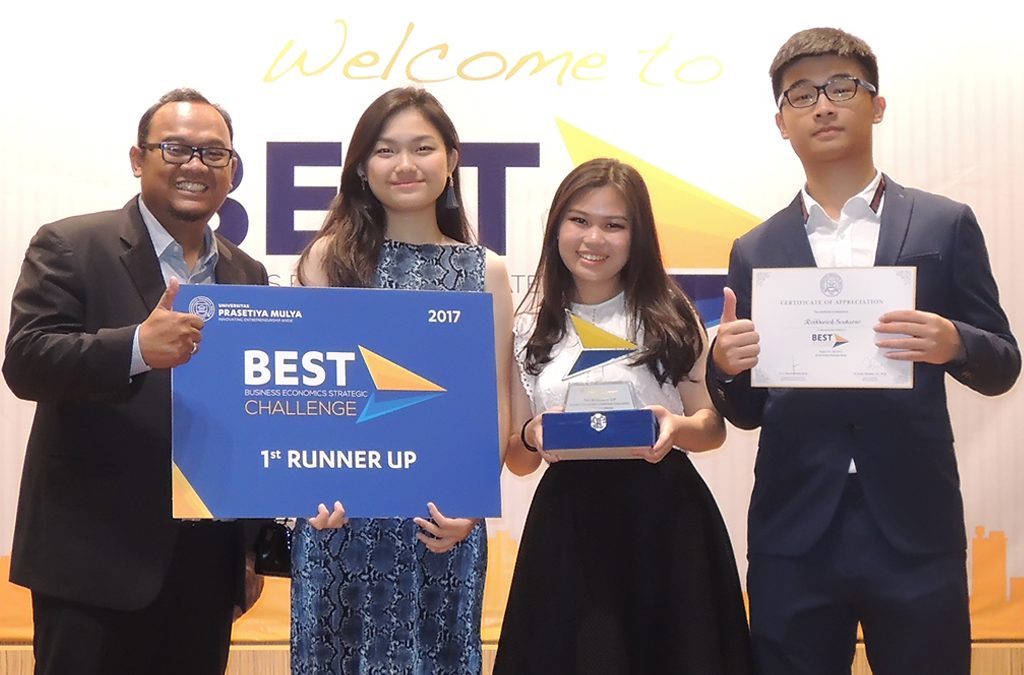 Preparation. After qualifying the regional selection, we were very pleased with the results. We then strive to do better in the main event, our spirit burn, wanting to do the best. After receiving the case study for the main event, we were quite shocked because it was not what we expected. It was quite difficult and confusing at first, but we tried to understand the problem. We started to gather together at the 19th of August in our leader’s house, Vanessa. At first, we tried to understand, what is the problem, what is the case study’s message. After trying to figure it out, we kind off got the point of the case study. By then, we tried to find solutions. We concluded that by using the 5W + 1H template, it will be easier for us to find the perfect solution for this problem. We want to find the perfect solution, so in the beginning, we just throw ideas and thoughts that we could think of and might fit the solution. Then, we picked one, and left the rest. We started researching for important datas, and statistics. We browsed the web throughly to find datas that can sync with our solution, for instance the percentage of people who do not have bank account, and many more. Suddenly, one of our team member, Gracia, suggested that we use a large paper to draw a mind map. We then stick 5 large papers on the wall, and start drawing mind map, write informations using the 5W + 1H. It turned out to be very helpful for our team. Day by day, we tried to perfect our idea, find flaws, add details, and many more. This continued from the first day we did our preparation, until the day before the flight. We worked full-day from morning to around 10PM in the night. It was quite a tiring experience, but worth the sweat. We are glad we did our preparation like so.

When we first got into this competiton we thought that this was gonna be a business plan and no add ons. So when we got to the next round and found out about the best race we thought that its not gonna be a big part in our score. We didnt really think about it until when he have to do it. Unlike usual rally games’s where we go from one post to the other post, in this race we were given a flashdisk that consist the next clue to the next place and in order to open that flashdick we need to go back to tha data base. So instead of going on the fastest route we have to go back to back to the data base. in that time we almost think that this is immposible. We already lack energy due to lack of sleep because our flight was so early which is a takeaways for us. At first our “guru pendamping” Mr. Tri already said that he will just stay and do not follow our journey because he does not want to be an extra baggage for us. But we insist that we really need him to help us pass this test. Long story short after all the running we have done we have reach the sixth post. Because theres is only six clue we think that that is the last post, but turn out its not so we run agian and finished the seventh post. When we finished we go back to the data base and saw that there were already three group before us, which means that we are in the fourth place. But apparently there have been a misunderstanding that the commitee didn’t write our group. When we clarify it the commitee said that we are in the first place beacuse they misunderstand our first encounter with them when we justify how many post there is. Yes we could just take the throne and become the first palce in the competition. But that is not the wright thing to to. We belive that God had made us go to Tangerang and we really put God in every aspect in this competition. So we told them the truth that we arrive in the fourth place. After all this is His making not us.

Thus, came the time for us to present the materials we’ve prepared a week before. The procedure of the competition forced us to use the slides that we have in a Power Point format. In which what we had was Keynote, so we drilled to work converting slides to videos to put into the Power Point, with the help of Jonathan Marco, of course. Basically, we came prepared for the worst. We gave the file to our Laison Officer and hoped for the best for thus converted file.

It came to our turn to present, in which we were very nervous. We prayed like any normal group of terrified kids would do. Together, we asked for God’s wisdom and guidance. We went into the presentation room, Vanessa’s heels clacking down the floor representing out repetitive heartbeat. Three judges sat before us, two were smiling, one was rather quiet. We eased our way towards the room computer, and clicked our file while crossing our fingers. Well, the file did opened. But when Gracia started her introduction, the animation wouldn’t move. This was the point where all three of our faces went white. We sort of resembled zombies.

Since the file crashed, the committe took the blame and we were allowed to use our own laptop without any points or time consumed. We proceed to present our ideas in which the judges surprisingly gave good feedbacks.

We then proceed to go back to the hotel and prepare for the Gala Dinner. Gala Dinner is basically where our parents, teachers and other contestants gather into one huge hall, where the awarding night would be held. Our parents came to support us, in which they looked pretty confident that we would win this. It’s obvious when they took out their phones at any given time of ANY awarding announcement. We were called into the hall one by one, and sat down with other contestants. We met alot of people there, and made new friends. We also had dinner together and sat down to discuss our university plans for the futuren.

Then, the moment came. The awarding ceremony. We were all excited for the announcement. Yes, we were anxious, but we didn’t feel like we failed. Because, we knew we did our very best, and it is up to God to do the rest.

They projected unto the screen a bunch of scores without the team names. It came to Gracia’s attention that our score seemed to be on the second position of the list. The drum roll began, our parents’ phones were up in the air. That was when our team name was called upon the stage. We were so grateful for the achievement that God had entrust to us. Also, towards the lessons along the journey that He provided for us. Therefore, we give back all this victory to Him only.